The danger is not carbon dioxide (CO2) itself, but the imbalance of CO2 in our carbon cycle.

Carbon is found in our DNA, our food, the Earth’s atmosphere, and is the primary energy source of our fuel on Earth. It is the foundation of all life. The amount of carbon on Earth is static, however the amount stored as CO2 in our atmosphere changes. Carbon is stored in rocks, oceans, living organisms. When organisms die, CO2 is released back into the atmosphere, as part of the carbon cycle. This carbon is now “in-cycle” carbon, and it is eventually removed from the atmosphere by plants through photosynthesis. The natural carbon cycle is kept in very near balance.

If carbon is the foundation of life, why is CO2 so concerning? Humans have disrupted that balance of the carbon cycle through the extraction and then combustion of fossil-fuels (“out-of-cycle” carbon), causing an excess of CO2 to be released into the atmosphere, far faster than photosynthesis can remove it from the atmosphere. Carbon dioxide is a long-lived gas, building up in the atmosphere with human emissions and remaining there for centuries, making carbon dioxide the main cause of human-induced climate change. 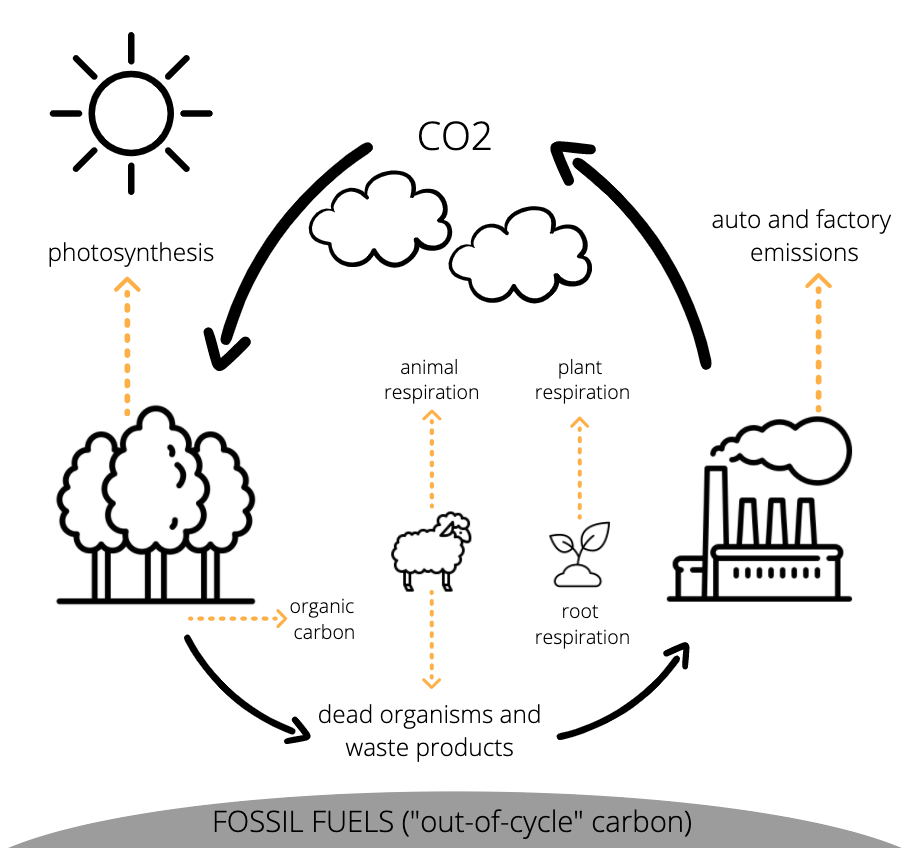 Deaths due to Air Pollution

Carbon dioxide is the most common of the greenhouse gases and humans have raised levels higher in the last 150 years than they have been for hundreds of thousands of years. (National Geographic, 2019).

The higher the levels of CO2 in the atmosphere, the warmer the planet will get. Higher temperatures will cause more frequent and sever weather, wildlife extinction rates will increase, death rates will increase, oceans will be more acidic and have higher water levels (Natural Resources Defense Council, 2016).